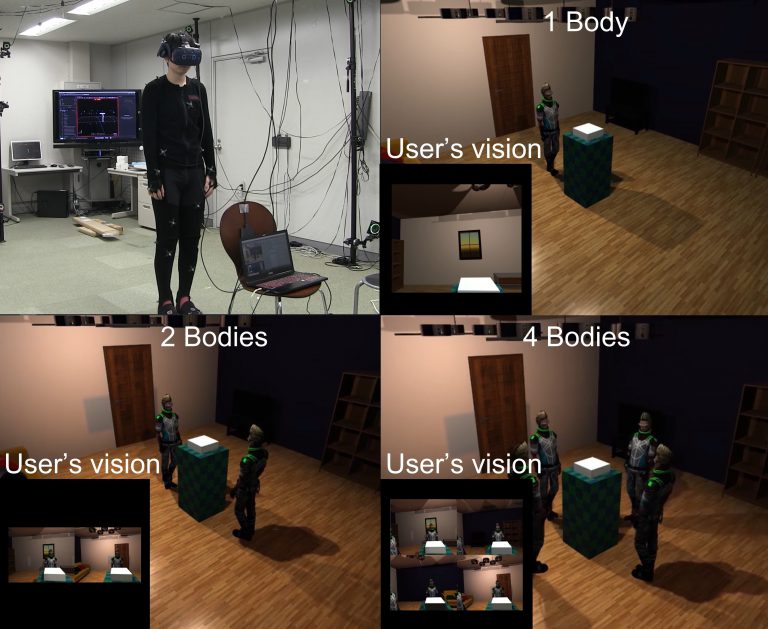 Human behavior and perception are optimized for a single body. Yet, the human brain has plasticity, which allows us to extend our body schema. By utilizing technology like robotics or virtual reality (VR) , we can modify our body parts or even add a new body to our own while retaining control over these parts. However, the update of body cognition when controlling multiple bodies has not been well examined. In this study, we explore the task performance and body cognition of humans when they have multiple full bodies as an extended embodiment. Our experimental system allows a participant to control up to four bodies at the same time and perceive sensory information from them. The participant experiences synchronizing behavior and vision perception in a virtual environment. We set up two tasks for multiple bodies and evaluated the cognition of these bodies by their task performances and subjective ratings. We found that humans can have the sense of body ownership and agency for each body when controlling multiple bodies simultaneously. Distributed embodiment has the potential to extend human behavior in cooperative work, parallel work, group behavior, and so on.