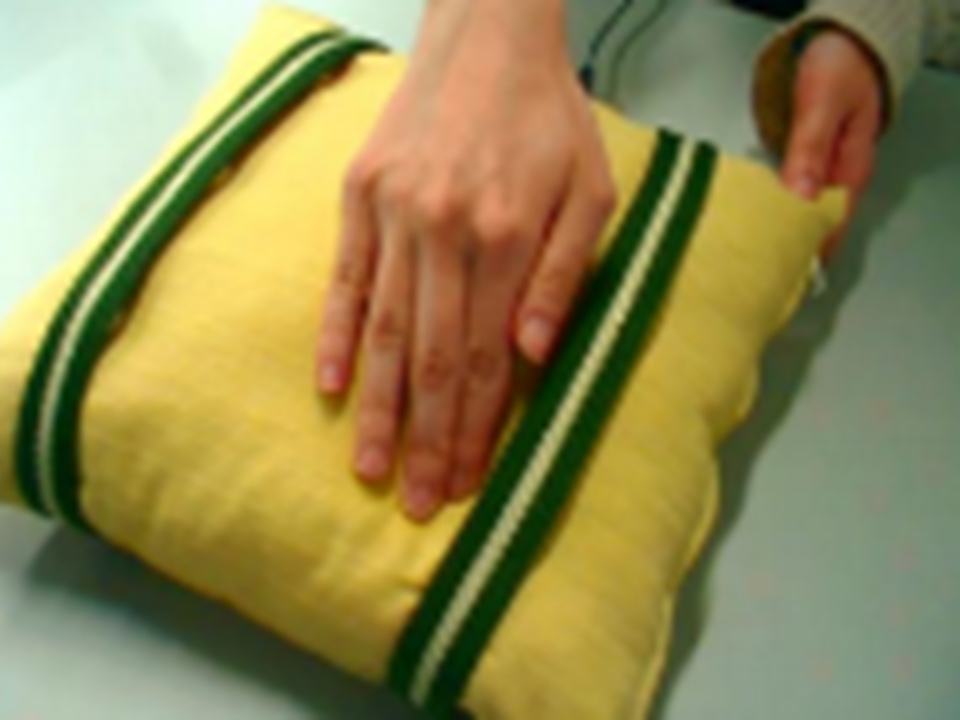 We propose a system that turns everyday soft objects, such as cush-ions, into touch interfaces in a non-intrusive manner. The belt type sensor modules developed in this study, which can be attached to the outside of soft objects, comprise several photo reflective sen-sors to measure the reflection intensity from an object by emitting infrared light (IR LED). When the light is irradiated to a material with the same reflection coefficient, a reflection intensity that is in-versely proportional to the square of the distance can be obtained. Our method uses the sensor modules to measure the change in dis-tance from the sensor to the surface of the soft object, and the touch position is estimated using a Support Vector Machine (SVM). To evaluate our method, we measured the accuracy when touching nine points on a cushion. Using existing everyday soft objects, it is pos-sible to create interfaces that not only blend into the living space naturally but also match the preferences of each user.

Hello everyone.
ICAT starts tomorrow!
Online registration is still open. Even if you are too busy to attend on-site, you can still view papers and poster presentations at Cluster and KeyNote on Youtube Live!

ICAT Program: https://icat.vrsj.org/2022/program.html
The exhibition will be held on December 1~3 at Keio Yagami Campus.
会期は12/1~3で、場所は慶應矢上キャンパスです

Hi, Everyone!
ICAT has an early discount until today!
Don’t miss it!!
There are also ¥5,000 discounts if you have an account with ACM VRST2022.
https://icat.vrsj.org/.../regist.../registration-categories/